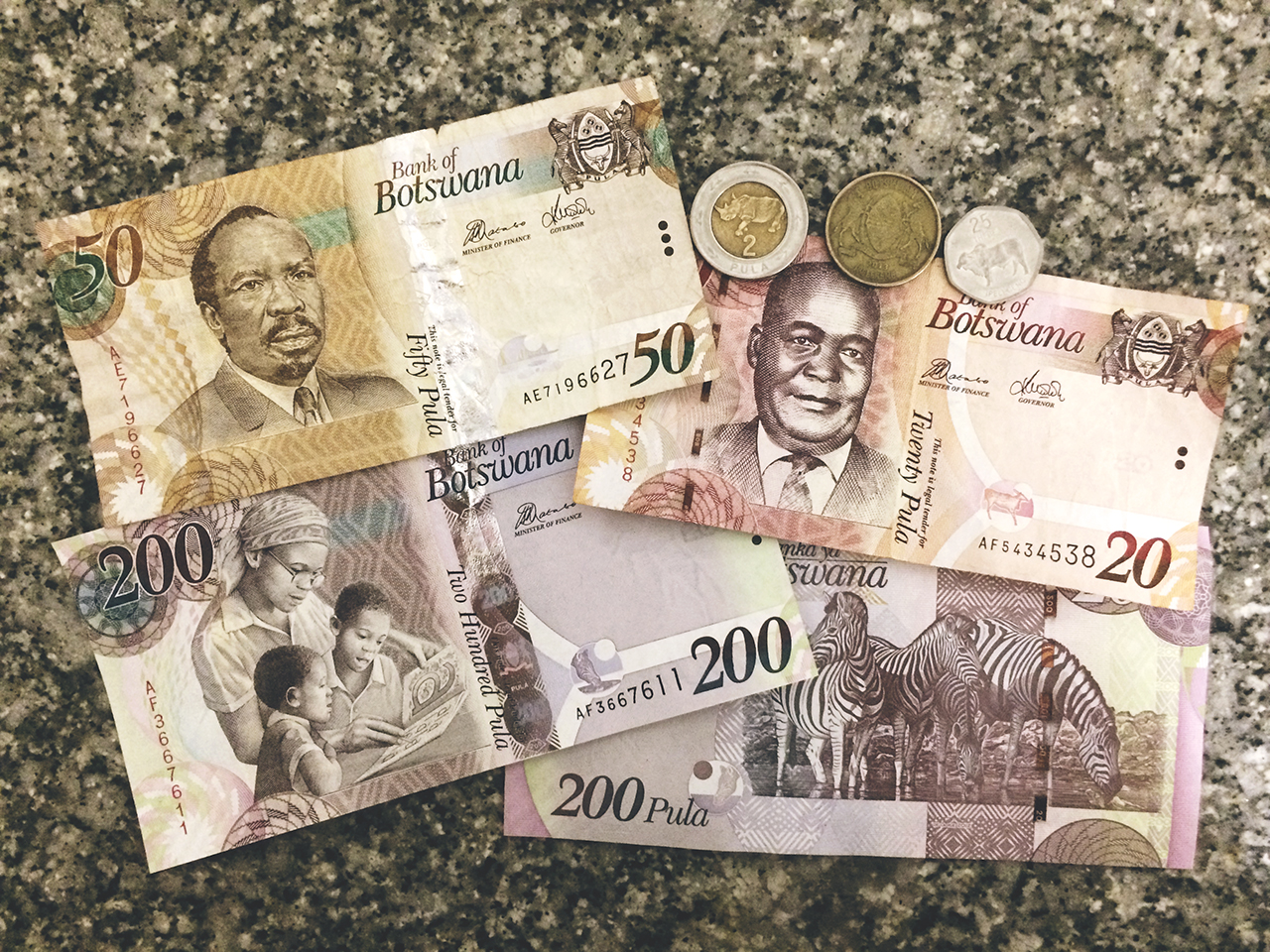 Batswana (the people of Botswana) hold their currency very close to their hearts, maybe even more so than people of other countries do with theirs. Pula is coined from the meaning ‘rain’ and this is because rain is very scarce in Botswana.

Botswana is home to the Kalahari Desert, which is a semi-arid desert and as such, receives very little rain all through the year. Botswana is therefore given to long spells of drought and consequently water is a highly valued commodity. In fact, utterances of ‘pula’ can be heard in many situations such as greetings, celebrations and blessings. This value has rightly been extended to the nation’s currency. In short, Botswana views ‘pula’ as a blessing.

At the time of Botswana’s independence in 1966, the country was a member of the Rand Monetary Area (RMA) and the South African Rand briefly served as the national currency. However, with the decision announced on September 6 1974 to withdraw from the RMA, Botswana was committed to introducing a new currency. Botswana’s new national currency was launched on August 23, 1976, now known as ‘Pula Day’.

Since the currency was born, the designs have consistently centred around symbolic illustrations of the socio-economic, political and cultural make-up of Botswana. Designs have over the years highlighted the importance of democracy, tourism and mining, among others. Before 1997, it was also customary to feature the current president on all new bank notes. That’s all changed, and each denomination has been broadened to feature a different portrait (usually a person of note), with only the P10 note showing the current president. A new P200 bank note, showing a woman teaching, demonstrates the importance of education as well as the contribution of women to national development.

Botswana pula is made of one hundred thebes. The word thebe means a shield. According to the ISO standard, the currency code for Botswana money is BWP. Despite devaluation, Botswana pula still remains one of the strongest currencies in Africa.